The City of Syracuse obtains military surplus items through the 1033 Program. The program is run by the United States Department of Defense, and is facilitated by the New York State Department of Criminal Justice Services, which acts as the coordinator of the program and plays a role in ensuring cities, towns and villages follow strict rules and guidelines established by the program.

In order to ensure that the Syracuse Police Department procures items from the 1033 program that are justified by operational demand, the department has implemented a new process requiring an extra layer of approval for procuring military surplus.

The new process will require an extra layer of approval from the Office of the Chief before a supervisor in the department is able to procure items from the 1033 program. With the extra approval, the department will ensure that all items procured through the program are justified by departmental leadership and are in-line with the needs of the department and existing rules and regulations.

See below for a flowchart of the new process. 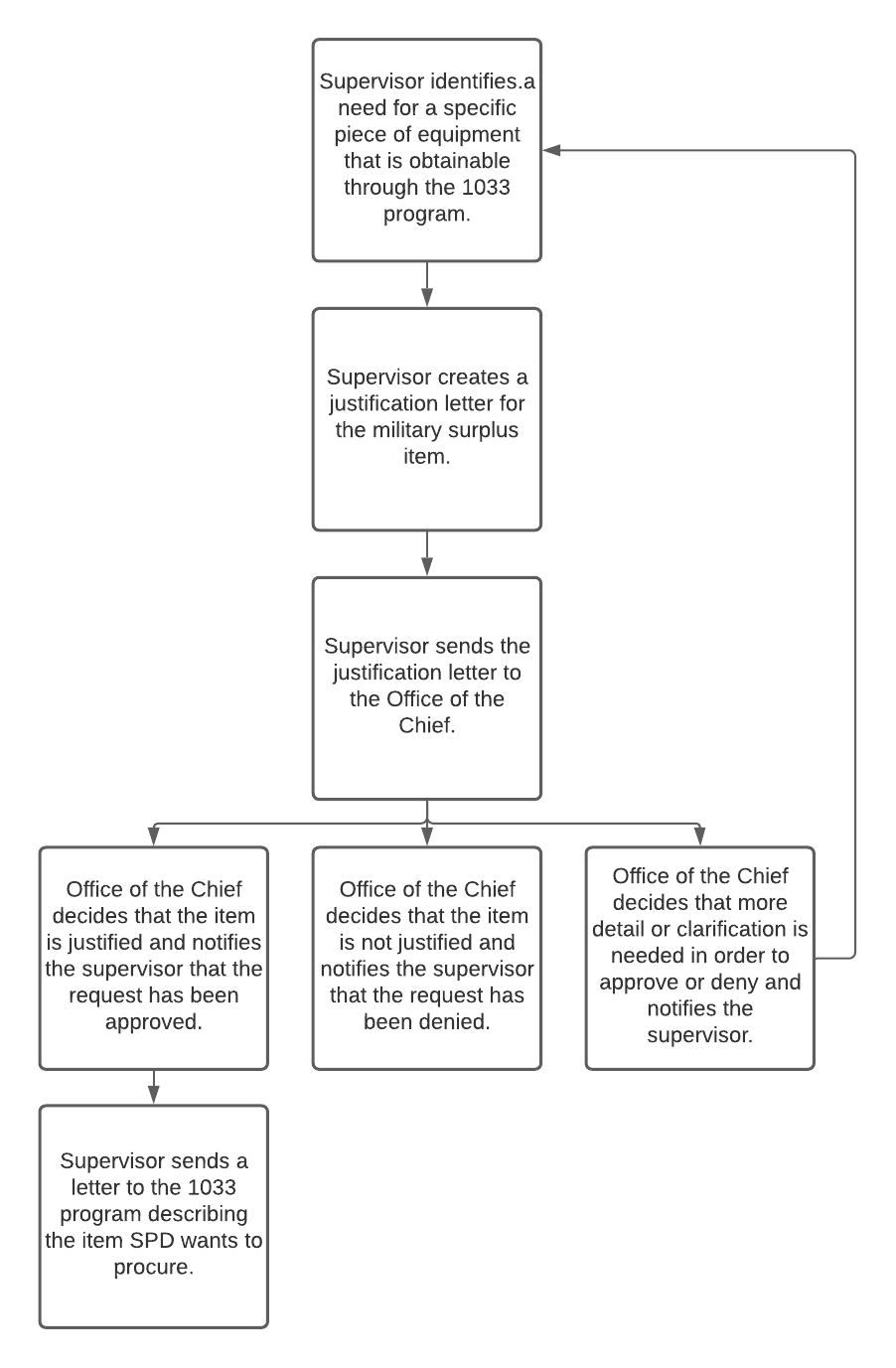 SPD has established procedures for the use and deployment of the MRAP and vehicles like it, even ones that have not been procured through the 1033 program. For example, in 2014, the department procured a “BearCat,” an armored personnel carrier used by the SWAT team to provide life-saving armor in barricaded suspect call-outs, high-risk warrants, and active shooter scenarios. Although the BearCat is not considered military surplus, it still follows the same procedures as the MRAP for deployment because of the similarities in their functionality.

When equipment is procured through the 1033 program, it will be subject to SPD rules and regulations for items similar in functionality. In the case that SPD procures an item that does not have an existing policy regarding use of the same or similar grade items, a new policy will be written.

The full excerpt from the SPD SWAT Manual that relates to the 1033-procured MRAP and SPD vehicles similar to it can be found here.

Our City is transforming into a leading smart-city centered on engaging our people, strengthening our neighborhoods, and growing our region. Don’t miss our city’s stories. Sign up for weekly news from Mayor Walsh on the people, places, and events shaping our city.

Residents are searching for…